In 1990, his article The Prosecution of Religious Fraud was published in the Florida State University Law Review. In 2002, he co-authored The Statute of Limitations Under RICO: Rotella and Beyond, published by the National Legal Center for the Public Interest. In 2013, Mr. Senn’s article on Tying Arrangements was publicized in the Sage Encyclopedia of White Collar & Computer Crime. His article: Strunk and White, and Legal Writing, was featured in the May 2014 issue of For the Defense magazine. Most recently, the Florida State University Law Review published Mr. Senn’s tribute to Sandy D’Alemberte, A Toast to Our Own Giant of the Law. 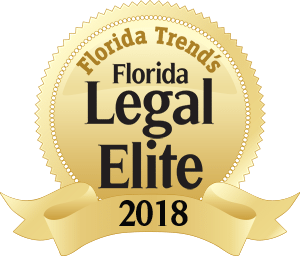 In 2019, Mr. Senn was honored by the Lakeland Bar Association with the Jerry DeVane Award for extraordinary scholarship, professionalism and collegiality in the practice of law. He also received the President’s Award for excellence from the Florida Bar Foundation. In 2020, Mr. Senn was selected by the Appellate Practice Section of the Florida Bar for the John R. Hamilton Pro Bono Award. Other awards and recognitions include Best Lawyers in America, Florida Trend’s Legal Elite, the Florida Bar President’s Pro Bono Service Award, and the John H. Anderson Pro Bono Service Award.

Mr. Senn currently serves on the Advisory Committee on Local Rules for the U.S. District Court for the Middle District of Florida, the Florida Bar Foundation Board of Directors, the Polk Academies Executive Advisory Board, and the Tenth Circuit Pro Bono Committee. He is a graduate of Leadership Lakeland (Class XXXI) and Leadership Polk (XII). He is a past president of the board of directors for Florida Rural Legal Services and the Florida Equal Justice Center.

Five Peterson & Myers, P.A. lawyers were included in the 29th Edition of The Best Lawyers in America®. Each individual...

Five Peterson & Myers, P.A. lawyers were included in the 28th Edition of The Best Lawyers in America®. Each individual...

Kevin A. Ashley, Stephen R. Senn, and E. Blake Paul have been selected to the 2021 Florida Super Lawyers list....